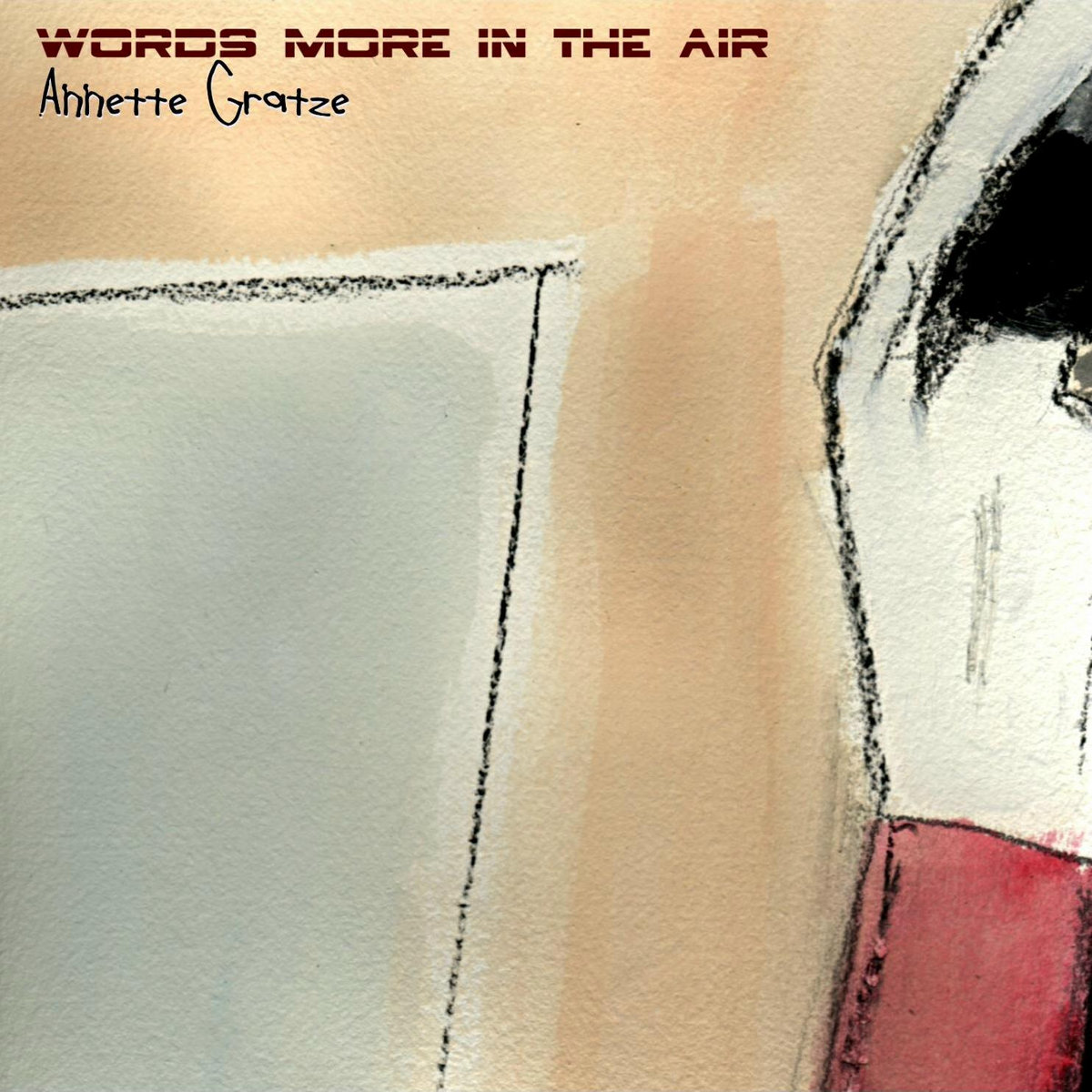 It’s time for another $upra Re-Release!
This time it’s a very special one and a reason to celebrate: here comes the re-release of the 15 year old album by Annette Gratze named ‘Words More In The Air‘.

This project existed from 98 to 2002 and consisted of Annette Gratze (vocals, lyrics, paintings), Achnbach (guitars, keys) and myself (beats, keys, arrangements).

‘Words More In The Air‘ is a very intimate, sensual, emotional & haunting album. Officially released already in 2000 for the first time on a small amount of CD-R’s, it’s still as timeless & intense today, fifteen years later.

Originally working as a paintress (she painted the Albumcover f.e.), she depicts, portrays and paints with her voice im- and expressive scapes of love, loss, trust and forgiveness.

This Re-Release is a remastered deluxe-anniversary-edition featuring 6 more unreleased tracks and two remixes – three of the unreleased songs (hidden, still & thru rippled glass) are for free download. The Remixes come as free bonus tracks when downloading/buying the complete album.

I give you three listening tipps from ‘Words More In The Air‘:

The title track from the album comes along with some crusty rolling beats, a rough distorted guitar and carves it’s way thru undulating sad and rainy landscapes – over all Annettes melancholic haunting voice.

This tune has an overall dark jazz vibe to it – a double bass, a minimalistic guitar, Annettes vocals, that’s all it needs to take off. and then it builds and builds till it all changes from half- to double-timed breakbeats and iridescent guitar works. one of my personal faves!

This was the closing track of the original CD-R Release back in 2000/1. Mystery is still a true mystery to me – it has a very unique flow to it, an overall spectral glistening atmosphere and is another personal fave track of mine from ‘Words More In The Air‘.

I hardly recommend to listen to the album in full length to get the complete experience!! 😉

Listen/stream/download/buy ‘Words More In The Air‘ via my $upra-Shop on bandcamp!